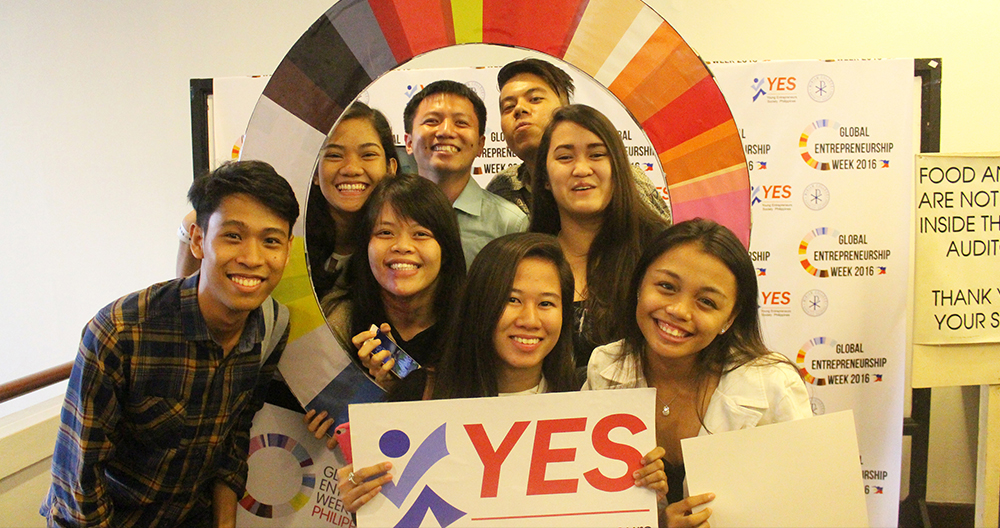 It was almost a year ago when I got a call from one of my dear friends in the Young Entrepreneur Society (YES), asking if I was willing to go to Mexico to represent the Philippines. Of course, it was “yes,” because it was a rare opportunity to attend an important global event.

The destination: Mexico, where the 2015 Startup Nations Summit was to be held as part of the Global Entrepreneurship Week; where entrepreneurs and start-ups from around the world would converge to learn from each other and forge partnerships. It was a 19-hour flight: Manila to Tokyo, Tokyo to Atlanta, then Atlanta to Mexico. There was a 14-hour time difference between the Philippines and Mexico.

I got to see the bigger world of entrepreneurship. It’s a thriving community of different people from different countries and cultures. I made friends from Indonesia, Greece, Estonia, Belgium, Spain, US and Taiwan as we talked about the struggles, pain and the ultimate reward of being an entrepreneur. I saw how other countries encouraged entrepreneurship through government-sponsored programs.

Honestly, I was very impressed by the ideas of the start-up entrepreneurs. From robotics, financial technology, education and IT, the innovation was staggering. To make the event more exciting, the organizers held a competition in which entrepreneurs pitched their ideas or services to a panel of experts, and the winner went home with cash funding!

In the competition called “The Pitch,” the grand winner came from Europe. The winning start-up was about making a water turbine the size of a small car, which can be placed at the side of a river to generate enough electricity to power an average home. Instead of a dam that can have a  severe ecological impact, they proposed a turbine that integrates well into nature and has minimal environmental impact. Another winner was a set of toy blocks that integrates with an iPad app, monitoring the learning progress of a child.

Perhaps one of the biggest revelations in the conference was the Waze app. It began as an idea, a start-up. The founder, Uri Levine, said that in the beginning, nobody bought his idea. But he held onto it, believed in it, and, over time, became a world-wide phenomenal success.

It was also the same thing that he advised to entrepreneurs in the process of forming their own start-ups: the struggle would be real, and some people would even shoot down the idea. But perseverance and firm belief in your idea—even if nobody else does—is what will keep the entrepreneur through.

Interestingly, the entrepreneurial environment in other countries is more robust, with full government support as well as various “incubators” where start-ups are housed and where they can meet potential investors. That is one reality of start-ups and entrepreneurs: funding. They may have great ideas but not the needed funds to see these through.

Here in the Philippines, there is one organization called the Young Entrepreneur Society or YES that spearheads the cultivation of the entrepreneurial spirit among the youth. It fosters the development of aspiring young entrepreneurs through a series of seminars, programs, and bootcamps aimed at promoting collaboration and networking among young entrepreneurs. Every year, it joins the international community in celebrating Global Entrepreneurship Week to further advance entrepreneurial growth in the country. It will culminate on November 19, bringing together the largest gathering of idealistic entrepreneurs to learn about the successes—and failures—in forming their own start-ups.

More than that, YES Philippines also brings in the business sector to mentor students hungry for knowledge, as well as potential funding for promising ideas.

Indeed, promoting an entrepreneurial mindset, especially among the young, is very critical in ensuring their financial future and a vibrant economy. It creates knowledge, innovation and eventually, jobs for more people.

YES Philippines’s Global Entrepreneurship Week pushes the envelope even further by being at the forefront of the entrepreneurial community in the Philippines.

Who knows, the next Waze might come from our own country.

Rienzie Biolena is a Registered Financial Planner of RFP Philippines